When you open a magazine, you often see professional models gracing the covers for the world to see. Godwin has two models of its own roaming the halls.

Juniors Maddie Spangler and Maggie Gibbs both model for the Mid-Atlantic branch of Modelogic.

“I knew a few people who modeled already and it had always been something that had interested me,” said Gibbs, who has been modeling for a year.

“I submitted some headshots and I was asked to come in for a meeting,” said Gibbs.

Spangler has been modeling for nearly four years.

“My mom worked with someone who encouraged me to send in some pictures, so I did. The company emailed me to come in for an interview, and from there we set up a time for my first portfolio shoot,” said Spangler.

The first shoot that a model does with their agency is a comp shoot, which is when photos are taken for comp cards, which are similar to business cards. Models give their official comp cards to potential clients.

“My comp shoot was my favorite because I was new and I got to meet everyone in my agency for the first time,” said Gibbs.

According to both Spangler and Gibbs, modeling has led them to new relationships.

“I’ve had the opportunity to meet so many different people and make new friends. Everyone has a different story of who they are and how they got involved with the industry,” said Gibbs.

Modeling has also allowed Gibbs and Spangler to travel the United States and see new places.

“My favorite part [of the job] is being able to travel to different states,” said Spangler. 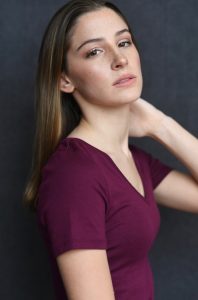 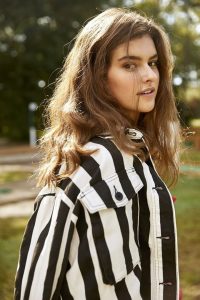 weeks with four other girls, which was really fun,” said Spangler.

However, the job isn’t always as glamorous as it seems.

“[Modeling] is a very competitive industry. You are competing with lots of other models to get the same gig,” said Gibbs.

As well as the competitive environment, modeling also requires a great deal of flexibility.

“The hardest part of the job is the unpredictability. Everything in modeling is on really short notice,” said Spangler.

The preparation process for a photoshoot is rather laid-back, according to both Spangler and Gibbs.

“For photo shoots, I usually have to do my hair a certain way, but sometimes I have to straighten my hair or do my own makeup depending on the shoot,” said Spangler.

Gibbs always makes sure that she goes to bed early and is prepared for the next day.

“In the morning, I clean my face and maybe put on makeup, depending on what the client specified,” said Gibbs.

Spangler recently worked with Dillards to model dresses for the upcoming prom season and is featured on their website.

“I went to Little Rock, Ar. for the shoot, which was at a Dillard’s warehouse. There were around ten other models there who were shooting in different studios. When it was my turn, I got my hair and makeup done and shot three different outfits and four prom dresses,” said Spangler.

“Right after the shoot, I was able to meet some other models and photographers that were really fun to be around,” said Spangler.

Both Gibbs and Spangler see modeling in their future.

“I would love to walk in New York Fashion Week. That’s always been a goal of mine. I hope to be signed to a few more agencies and hopefully be working more often,” said Gibbs.

“Through modeling, I have learned how to be on time and reliable, but most importantly, how to have thick skin and not compare myself to others, which is so important,” said Spangler.