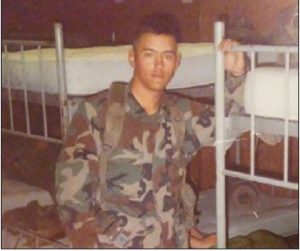 The Godwin community has many students and staff with close family ties with former U.S. veterans. With those ties come stories that should be shared; for the families of veterans are able to offer unique perspectives and accounts of the sacrifices that both their veteran family members and themselves have made.

Six Godwin students and staff have grown up in veteran families. These are the stories they have, the lessons they’ve learned, and the effects their veteran families have had on their lives.

Junior Margaret Gibbs’ father served in the U.S. Army for 20 years. Throughout her childhood, her father was deployed on assignment and her family moved around the country various times.

“My dad was deployed twice while in service, once for a year and two months when I was very young, and again for nine months during my third and fourth grade years,” said Gibbs.

“He had to shut the doors on other passengers alongside his crew in order to save the lives of countless others along with the ship. He has even been mentioned in numerous books,” said Welch.

Junior Kathryn Doss’ father served in the U.S. Army for 22 years. Her father was deployed twice, was a commander of a battalion, and worked as an engineer.

“He was first deployed for Iraq when I was three. The second time he was deployed to Afghanistan when I was in first and second grade,” said Doss.

Exceptional Education Algebra I teacher Kevin Simonds’ father served as a U.S. Navy helicopter pilot for 29 years.
His mother was in the Marines as a nurse for approximately five years before becoming a mother herself.

Simonds currently has a brother-in-law serving in the U.S. Marine Corps, who will mark 20 years in the service next spring. Simonds’ grandfather served in the Navy during World War II and he has also had uncles serve in the Navy and Marines as well.

School Counseling Secretary Stephanie Koplets’ father and step-father both retired from the U.S. Navy after serving for over 20 years.

“My father was involved in the operation that picked up NASA astronauts in the mid 60’s and my step father was a Navy SEAL and worked at a camp in California that trained Navy SEALs,” said Koplets.

Andrews’ grandfather also graduated from the U.S. Naval Academy in 1927. He went on to become a Naval aviator and train pilots during World War II.

“My father enlisted in the U.S. Navy upon graduation from high school, and was selected to attend Bainbridge Prep School and U.S. Naval Academy. He graduated in the class of 1953 and served 20 years in the U.S. Navy. My grandfather served in Panama, Germany, and in Italy on staff of NATO General. He retired as a Captain, and then taught advanced math,” said Andrews.

Gibbs and Koplets cited the challenges faced by a military family due to frequent changes in location and abrupt deployments. “I always knew where I was living wasn’t going to be permanent. Deployments were also always in the back of my mind because of how sudden they could be with only a month or so of warning,” said Gibbs.

“I think moving so much as a child was the most difficult. I went to three different kindergartens. I went to a different school almost every year,” said Koplets.

Doss explained that her childhood was altered by the absence of an integral figure in her life due to lengthy deployments.

“I did not have a father figure around for three years, and being such a young age, that definitely affected how I grew up. My dad wasn’t there to teach me a lot of the stuff that most dads would, such as sports or riding a bike. Rather, I had a close family friend teach me,” said Doss.

Oftentimes, in military families, even though a family member may be gone for a long period of time, a close connection is formed with someone else to help fill in the missing piece. These relationships can become some of the most influential in someone’s life.

Doss speaks of how she be­came closer with her immediate family members when her father was deployed, in particular, her mother.

“My mom stayed with my sister and me while my dad was deployed. She taught me how to be strong and independent which is something that has in­fluenced how I carry myself and think into my future,” said Doss.

While having family in the military greatly alters a person’s childhood, these Godwin staff and students speak of how, even with the challenges, having fam­ily close to them in the military taught them lessons and made them into the people that they are today.

“It’s taught me how to be more independent and figure things out more on my own. I’ve been able to use this in all as­pects of my life growing up, and now, I always try to do things myself before I ask for help,” said Gibbs.

“It has taught me about hav­ing faith in something bigger than yourself. It taught me to always look for the good in each day because you never knew if you were going to get that call during the day to say you didn’t have an uncle, brother-in-law, or father anymore,” said Simonds.

“One thing that having some­one in the military has taught me is that you shouldn’t take your time for granted because not having someone with you and knowing that they could be in danger is not a good feeling. It also taught me things such as respect and hard work,” said Doss.

“I have learned so much about putting the greater good before my own personal needs, helping others, and being an overall good person. It has shaped my life because I learned so many important values that my family members held,” said Welch.

Growing up in military families has driven many of these God­win students and staff to make a constant effort to give back to the U.S. veterans in numerous ways.

“My family is involved in the Wounded Warrior Project (charity for wounded soldiers and veterans) and the Invictus games (Olympics for wounded soldiers). My family knows the athletes on a personal level and we like to work with them and help out in any way possible,” said Doss.

“Though I do not see myself becoming involved in the mili­tary, I do wish to help service­men and women in any way I can. Over the summer, I put up a show in order to raise money for the Wounded Warrior Project, and I was so moved when all the servicemen and women in the audience stood to be recog­nized. I hope to continue helping these brave men and women as I did before, and I only hope for more opportunities,” said Welch. 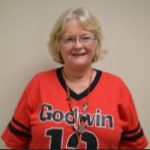 photo Maddi Morris “Veterans Day is a time to remember and honor the service of all those who have served our country through military service.” – Jennifer Andrews, Exceptional Education teacher. 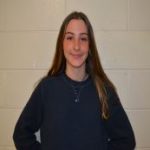 photo Maddi Morris “To me it’s a day to celebrate all soldiers’ lives that are dedicated to serving and protecting our country, including my dad’s!” – Margaret Gibbs (11). 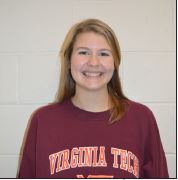 photo Maddi Morris “Veterans Day means that we respect and celebrate the lives of those who are still with us and who have passed away that fought for our country.” – Kathryn Doss (11).