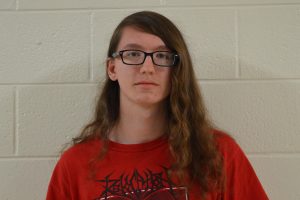 While many students are given the opportunity to vacation in other countries, junior Ismar Alickovic got the chance to study in another country.

After taking an exam and having an interview, Alickovic earned the opportunity to become an exchange  student in Germany from June 16-July 14.

“During the exam I was honestly hoping just to get through to the interview. The exam wasn’t all that difficult, but in the back of my mind I was thinking maybe this is a little too easy,” said Alickovic.

The interview was very nerve-wracking for Alickovic, as he believed it would be the deciding factor in his admission to the program.

“Before the interview I was really nervous about taking face to face with someone who dedicated their lives to studying the German language, but when the interview started I somehow managed to just keep going without messing up and ended up leaving a good first impression,” said Alickovic.

Upon learning he qualified for the trip, Alickovic was greeted with mixed emotions.

He was nervous when he learned that he was chosen, but once he got to the airport he realized that he had nothing to be worried about.

Once he arrived in Germany, his nerves were quickly settled, and he found himself enjoying his time there.

“I knew this trip would be a once in a lifetime experience, but I also thought about the stress of going to a whole new country with a group of complete strangers,” said Alickovic.

While Alickovic was in Germany, he lived as an exchange student with a host family.

In Germany, he had the freedom to do whatever he wanted within the city he was in.

His host family lived in Nurnberg, but he travelled a lot. He visited Berlin for a week and travelled to historical places and museums while he was there.

He attended school with his host brothers and sisters and observed their school day with them, or he got together with other exchange students in the same program.

This was not his first time outside the country. Alickovic is from Bosnia, a small country in eastern Europe.

Alickovic grew up in Bosnia, and moved to the United States in 2015.

“I ended up having some of the best experiences in my life with those people,” said Alickovic

One of the highlights of the trip for Alickovic were his experiences with the host family that he stayed with.

“My host family was one of the best I could have asked for. They welcomed me with open arms and gave me all the freedom to do whatever I wanted around Nurnberg,” said Alickovic.

Alickovic’s host family took him to their home town and various scenic locations around Germany.​

He visited places such as the Rathaus, German City Hall building.

He also went to different attractions like the zoo and museums.

Alickovic found his educational experiences in Germany to be far different those at Godwin.

“The school system was very different. Each student had the same group of people in each class, so everyone got to know each other,” said Alickovic.

The cities in Germany are also very different than they are in America.

“Life outside school was also very different. German cities are way more densely packed than cities here so everything was walking distance away,” said Alickovic.

Since the cities are so densely packed, everything was very accessible for Alickovic.

Alickovic was also able to travel wherever he wanted, because his host parents were very flexible.

Another difference between life here and in Germany was the mode of transportation for most people. Most people take public transport in Germany since everything is so close.

“Another big thing in German life is public transport. Most people there don’t drive a car, rather they take the public transport for all of their day-to-day travel,” said Alickovic.

Alickovic was very pleased with his trip, and he wishes he could have stayed in Germany for longer.

“Through the trip, I learned that if you want to succeed, it depends on the amount of effort that you put in,” said Alickovic.

The nice people he met and the beautiful things he saw in Germany made him want to stay longer.