Usually, student athletes who are recruited to play a sport in college wait until their senior year to commit. However, for these Godwin juniors, waiting for offers is no longer an issue. 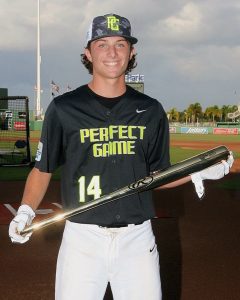 Junior Liam Deegan has known for a while that he would be attending University of Virginia (UVa) in the fall of 2019 to play baseball.

“I actually committed September of 2016, which was my sophomore year,” Deegan said. “UVa was and is my number one school and the recruitment process starts pretty early.”

According to Deegan, UVa is both prestigious in academics and athletics, making the school an easy choice for him.

Deegan was not concerned about looking at any other colleges because to him, he had always wanted to play at UVa.

“I accepted as early as I did because with UVa’s high level of athletics and academics, as well as it being in Virginia, I jumped at the opportunity”, said Deegan.

Deegan commits to playing year round in order to be prepared to play in college.

“Year-round, I’m either in the high school season or playing tournaments with my summer or fall team. Then in the winter, I just work out and hit most days and let my arm rest”, said Deegan.

Deegan is a primary outfielder but has played other positions for the team as well.

While still focused on this year’s Godwin baseball season, Deegan also has his eyes set on his future.

“I hope to have a lot of fun playing baseball at UVa, but the ultimate team goal would be to make it to the College World Series and win a National Championship,” said Deegan.

Deegan currently doesn’t have any set goals for his sport after college, but is excited about what the future may bring.

“I just like to focus on working hard and playing the game. Wherever life takes me after college, I just hope to end up doing something that I love,” said Deegan. 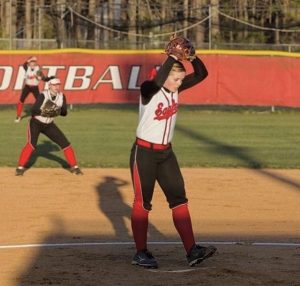 Junior Lauren Murphy has recently committed to play softball at Princeton University, joining the class of 2023.

Murphy is a three-year varsity athlete for the Godwin softball team and will continue playing her senior year.

“I committed so early because Princeton felt right for me. I stepped on campus, and I could automatically picture myself being a student athlete [at Princeton],” said Murphy.

Princeton is one of the highest rated academic and athletic schools in America.

“I could not pass up this opportunity to play Division I softball while getting one of the best educations in the world,” said Murphy.

Murphy is confident that Princeton is the school for her and that she will have no regrets.

“There’s no other school that I would have preferred to go to, so that won’t be a problem,” said Murphy.

According to Murphy, she worked from a young age to develop her skills and become the athlete she is today.

Murphy said that she wants to exemplify the hard work and determination on the field, but also the work needed to put in off the field. 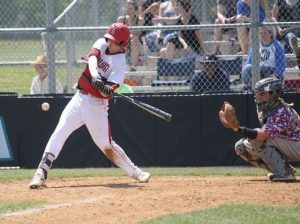 Another junior commit is Sam Landess. He has committed to play baseball at James Madison University (JMU). He will be attending James Madison with fellow teammate Noah Cornwell in the fall of 2019.

According to Landess, he has never questioned attending another college or university to play his sport.

“Every time I stepped on campus I felt at home, and where I wanted to go,” Landess said.

Landess works on baseball during the season, but also in the off-season. He lifts three times a week, has pitching practice twice a week, and attends RVA Athletes Monday through Friday.

“I was excited when Noah committed, we have been playing together since T-Ball, and now we have another three to four years guaranteed together after high school,” said Landess.

Junior Noah Cornwell also has his eyes set on college baseball. According to Cornwell, he knew from the beginning of his high school baseball career that JMU was his top choice.

“I’ve known that it’s where I wanted to play since the first time I saw the school. I could see myself going there to play baseball and also for school. When they gave me an offer, I knew it was the right place,” said Cornwell.

Cornwell said that he improved his game by looking up to professional and college athletes.

“I like to look at the swings of [center fielder] Mike Trout and [outfielder] Bryce Harper, two of the best hitters in baseball, and try to match some of their techniques. I also have always looked up to [third baseman] Adrian Beltre because he shows how baseball can still be fun even though it’s his job,” said Cornwell.

Looking to the future, Cornwell hopes he will make an impact in his college baseball career.

“JMU baseball should be gradually getting better over the next few seasons, so in a few years, I think we should be very good. I definitely see myself making a positive contribution to their team in a few years,” said Cornwell.

Cornwell hopes to play professionally in the future.

“My ultimate goal is to play for as long as I can. I would absolutely love to play after college,” said Cornwell.