Follow high school senior Justin Laboy as his life rapidly goes downhill when he falls in love with an undercover cop in this 15-minute documentary musical based on a true story. The musical starts with narrator Lin Manuel-Miranda introducing Laboy, who has a plan called Operation D-Minus which takes place at his local high school. In the final semester of Laboy’s senior year, a beautiful Puerto Rican-Dominican girl, Naomi Rodriguez, appears in two of his classes, and he is instantly smitten by her. He tries repeatedly to make her fall in love with him, not knowing that she is an undercover cop trying to bust the dealing of marijuana at the school. This musical’s soundtrack is as upbeat as it is depressing as it documents the ultimate downfall of Justin Laboy.

Natasha, Pierre, and the Great Comet of 1812

Based on a section of Leo Tolstoy’s War and Peace, this musical’s soundtrack masterfully captures the scandalous nature of 19th century Russia. It starts off with a naive Natasha, who is madly in love with her fiancé Andre who is away fighting the war, and Pierre, who is suffering through a mid-life existential crisis. Throughout the musical, we follow Natasha as she ultimately falls in love with a man other than her fiancé, and Pierre, who just seems to question the meaning of his own existence while being pulled into Natasha’s drama. The soundtrack is filled with songs that are both upbeat and slow, leaving the listener both emotional and mesmerized.

“Newsies” takes place in New York City, 1899. The story, based on the Newsboys strike of 1899, follows orphan Jack Kelly and his classic ragtag group of misfits struggling to survive as the newspaper prices spike. As the Manhattan newsies try to band all the newsies throughout New York to strike against their provider, The New York World, they realize that all the other groups are too afraid of starvation to strike. When a reporter from The Sun, Katherine Plumber, takes an interest in the boys’ story, she uses it as an opportunity to be taken seriously as a female journalist. With the reporter on their side, the boys must convince other newsies to strike with them, convince the world to care about child labor, and avoid being arrested and sent to The Refuge, a corrupt and underfunded city orphanage.

This musical centers on waitress and pie expert Jenna, who finds her only joy in baking. As she struggles in a loveless marriage, she begins an affair with her Gyno which results in an unexpected pregnancy. If I revealed any more of this musical, it would give away the entire plot, so take it as you will!

Tracy Turnblad is your classic spunky teen in the early 60s. Her love for dancing takes her to an audition for her favorite program, “The Corny Collins Show” but she is initially rejected because of her weight and her modern views on racial equality. She is later hired by the host himself because of those same exact reasons. The whole musical is centered around finding love, racial equality, and embracing your true identity.

This musical focuses on the creation and success of the band “Frankie Valli and the Four Seasons.” The musical explores the lives of 5 Italian-Americans in Jersey and how their very different lives became intertwined and eventually, how their band, and some of their lives fall apart.

Are you looking for a new musical with Lin Manuel-Miranda as the star? If you are, then “In the Heights” is definitely for you. The musical follows the lives of the residents of Washington Heights, a largely Latino community in New York City, for three days as they deal with the struggles of everyday life. The soundtrack features salsa and hip-hop music that mixes perfectly to create a multicultural and multilingual extravaganza.

The first of its kind on Broadway, “In Transit”, an acapella musical, takes us under the streets of New York City and into to the lives of everyday New Yorkers. Some of the characters include a wall street businessman, an aspiring actress, a cab driver, and a street performer. The musical paints a wonderful and loving portrait of the city, while telling the stories of people who take the train every day. “The show is a love letter to New York and the people who make up New York,” said Kristen Anderson-Lopez, one the show’s songwriters.

A modern spin on the 80’s cult classic, the musical “Heathers” takes us into the halls of Westerberg High as Veronica Sawyer navigates her last year of high school. The musical is very similar to the film, following the same dark and well-loved storyline. The soundtrack, however, at times takes a different tone than its counterpart. There are songs that are upbeat and snarky, giving it the feel of a regular teen

age musical that has nothing to do with murder. If you’ve seen the movie, you know how it goes: Veronica’s

angst racks up a body count. 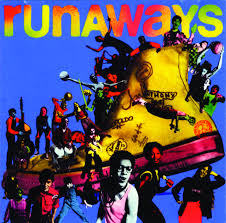 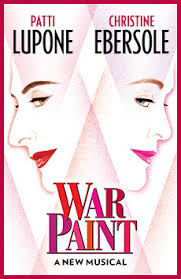