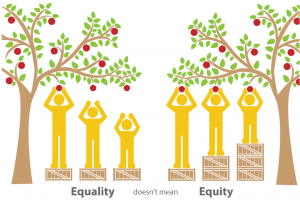 The 21st-century has been pioneered by creative thinkers leading the frontier of modern society with their revolutionary inventions and technology. With this progression, the workforce has expanded into a more globalized and collaborative working world.

Yet, the stepping-stones to the working world through education have yet to expand to meet the new standards.

With students confined to a system in which they are met with standardized test after standardized test, the question over whether the current school system is creating a generation of individuals capable of memorizing testing strategy rather than using creative thinking has been raised.

According to a study on testing in the U.S. public school system, a student will take around 112 mandatory standardized tests between kindergarten to 12th grade, averaging about eight standardized tests a year. The study concludes this takes away 20 to 25 hours every school year of classroom time.

Students and teachers find themselves cramming material into their subjects towards the end of the year in attempt to prepare students for their standardized tests.

Penalized for spending valuable classroom time for expanding and going further in depth in their subjects, teachers find themselves forced to teach the minimum information required for the subject and test.

This creates a system of “How many dates can I memorize” rather than a system in which students remember and fully comprehend the material subject at hand.

As students approach testing season, what is meant to be an evaluation on a student’s knowledge becomes a marathon race.

With many students towards the end of the year potentially taking an AP test, standardized test, and possibly a teacher-written exam all in the same subject, students find themselves exhausted by the end of the “testing season”.

A nine-year study by the National Research Council found that the increased standardized testing resulted in little progress but significant harm.

With a narrowed curriculum and teaching to the test, the study found the standardized tests to only value one form of intelligence. The study also concluded that curiosity, persistence, collaboration, or socialization is not tested and that results do not suggest an individual’s later successes in both working and personal life.

Developmental psychologist Howard Gardner proposed a theory of multiple intelligences, describing eight different types of intelligences. However, with the implementation of standardized tests, school systems tend to value only the intelligences of verbal-linguistic and logical-mathematical.

However, society and the working world need individuals in jobs that pertain to those eight different intelligences.

The fact of the matter is that valuing one form intelligence within the school system skews student’s perspectives of the real world as well as their own capabilities.

However, beyond just valuing one form of intelligence, many of these standardized achievement tests are set in place to serve one major purpose: to determine the amount of money given to each school.

Achievement tests like Virginia’s Standard of Learning dictate the amount of federal funding each school receives. In addition, many school districts will raise a teacher’s salary based on the performance of students on the standardized tests.

The pressure is not on the student to do well and truly test their knowledge on a subject; rather, it is a testament to a teacher’s ability to be a successful teacher.

Ulterior factors such as social class and family situations seem to be trampled over by these “standardized evaluations”, which often tend to unfairly dictate whether a teacher is good or bad at his or her job.

Ironically, the increase in standardized tests came under “The No Child Left Behind” era in hopes of ensuring that all students are proficient in their grade-level core subjects.

In Virginia, there are 616,269 children living in low-income households with parents making a combined salary of around $40,000 per year for a family of four. Of those children, 227,702 live at the federal poverty threshold of around $24,000 for a family with two children.

With many lower-income students stuck in the never-ending cycle of poverty, many are required to get a job or take care of siblings to help their families out in addition to their school work. In Virginia alone, over a million students as of the 2016-2017 report were on free or reduced lunches.

There is a correlation between standardized test results in relation to lower-income schools, with many claiming the additional stresses to these students result in them lacking the necessary time needed to dedicate to their studies.

Also, students in higher-income families tend to have the resources necessary to pay a tutor if they find their child struggling in a subject, a resource not often available to lower-income students.

With federal funding awarded to schools with higher scores, many lower-income schools lack the funds necessary to raise test scores.

The question comes down to equity not equality. For example, if there is a six foot tree with an apple in it and you have two people, one 5’11” and one 5’2”, and give them both an equal boost of one inch, then the taller individual will be able to reach the apple while the shorter individual will not.

Although equal, the shorter individual was not given an equitable boost to compete for the apple against the taller individual.

Standardized tests create a school system based on equality and do not consider the function of the working world as a collaborative force.

Instead of creating a school system that forces students to view education as a competition through standardized tests, classrooms should be promoting creative thinking and collaboration.

Equality of education is only fair if individuals are placed on an equitable playing field.

Standardized tests deceive individuals into believing that the school system creates equal opportunity for all students to achieve in the working world.

Ultimately, standardized tests cause students to be unprepared for the changing workforce while perpetuating the cycle of poverty.

Our school system should align with the workforce and not prefer only specific students.

Without changes to the current system, society is missing out on a generation of creative thinkers ready to pioneer the new wave of innovation.