Prep-to-Pro: should education be sacrificed for sport? 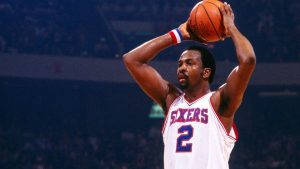 In the early era of the National Basketball Association (NBA), players were required to finish four years of college before becoming eligible for the NBA draft.

Later on, exceptions were made with some players drafted straight out of high school, like Reggie Harding who played in the minor leagues before reaching the NBA.

Yet, exceptions like Harding were uncommon. Many players  are required to play at the college-level before the NBA will take them into consideration.

This requirement has resulted in many arguments over whether or not the NBA rule requiring players to finish an undergraduate degree is valid and reasonable. In other words, should a player capable of playing straight out of high school be required to put-off a career for four years?

On one hand, eliminating this regulation would allow capable players to kickstart their career earlier rather than four years later. However, should an athlete forgo a valid education, especially when sports careers can be ruined with a simple injury?

In 1971, the Supreme Court ruled 7-2 against the NBA’s requirement that a player must wait four years before entering the NBA.

The ruling legally allowed players to be drafted without waiting until the end of college.

In 1974, Moses Malone became the first prep-to-pro player in basketball history.  Prep to pro is a term that NBA teams and fans use when describing a player who has gone straight from high school to the NBA.

However, with this spike, major concerns were brought up about the maturity of the players with many crediting an increase in young players lacking an education as a result of that immaturity.

Former player for the Nets and Wizards and prep-to-pro  player Andray Blatche dropped from being a first round draft pick to a second round pick due to questions about his maturity. Blatche would be arrested for solicitation of prostitution, reckless driving, and driving on a suspended license.

Prep-to-Pro players like Robert Swift, Sebastian Telfair, and Courie Blount have had their history of legal issues, as well.

With no college degree or experience, these players lack an understanding of  the working world, resulting in an inability to handle the stress of working life. This inexperience, especially with the fame and spotlight of the NBA, can result in disastrous effects for players.

Head basketball coach of the Golden State Warrior Steve Kerr believes that many prep-to-pro players are too inexperienced to handle the NBA recalling a time when a player asked him when was Christmas Break.

“He then became visibly shocked and saddened after learning that we didn’t get to go home for a week,” said Kerr.

In 2005, the NBA and it’s player’s union agreed on a new collective bargaining agreement which raised the age limit to play for the league, to 19. This prohibits most high schoolers from entering the NBA without going to college, or overseas, first.

The collective bargaining agreement appears to be a reasonable compromise for most athletes with both the NBA and players benefiting off of it. The NBA gets more experienced players, while the players get to compete at the highest level in college, as well as learn valuable lessons from the college experience.

Most 18 year-olds are not mature enough for the NBA. Only a fraction of the 44 players who have skipped college or went overseas had successful careers.

Most players that come out of high school are simply not ready to play in the NBA.

Athletes like Leon Smith, who never received a college education, and dropped out of the league in 2004, do not have a vocation to fall back on. Smith entered the league in the summer of 1999 and played only 15 games in his career.

In addition, professional athletes have many responsibilities required with their work that 18-year-olds with little experience cannot handle.

The fame associated with sports can be detrimental to players at such young ages. Many of the players also lack fiscal responsibility due to the large salaries paid by the NBA.

There are reasons why high schoolers would like to go to the NBA without going to college, or overseas, first. Providing for their families and injury risks are two main reasons.

Why should players be restricted from providing for their families?

While I can understand this point of view, it is unreasonable to expect high schoolers to be prepared for the NBA. The quality of basketball is effected and creates less of a professional atmosphere.

Many of the players who find their career ending early lack a degree necessary to get a job, resulting in their return to college.

The NBA is a business. If they believe teams would get better players in the long run than they would lower the age limit. However, the NBA believes a more developed high school product (through college or overseas) would create more entertaining basketball, which would ultimately allow them to make more money.

High schoolers should not be allowed to go straight to the NBA. Their lack of maturity, knowledge, and experience would discourage many NBA teams.

Giving them a loophole out of education is not what the NBA should be known for. They should continue to push for athletes to achieve a higher level of education.