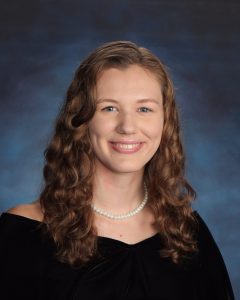 “The Most Valuable Eagle values education; sets goals and works to accomplish them; makes contributions to a variety of school activities; exhibits character, integrity, and loyalty; is optimistic and recognizes teachers and peers as valuable human beings; takes pride in his/her accomplishments and celebrates others,” said principal Leigh Dunavant.

This year, seniors and staff have selected Emma Ford as the 2017-2018 Most Valuable Eagle (MVE). For the past three years, Ford has distinguished herself among her peers as a dedicated student unprecedented in her achievements, involvement, and character.

The MVE award has been an integral part of Godwin tradition since 1988. The award is presented to a senior who embodies the ideals of Godwin and shows excellence in academics, sports, clubs, and activities in both the school and the community.

Seniors nominate fellow classmates who they think have represented unparalleled success within their class throughout their years at Godwin.

From there, the nominees are narrowed down to the five people who received the most votes. The teachers and staff then vote on the five student-selected nominees, and the recipient of the most votes becomes the MVE.

“I cannot say enough great things about Emma Ford. She is the most genuinely compassionate student I have ever met. Emma has a thirst for knowledge and learning. She treats everyone with dignity and respect and is always thinking about ways to help others around her,” said counselor Megan Walton.

Besides being described as having an amiable and genuine personality, she exceeds expectations in her academics as well.

Ford constantly strives for perfection in numerous challenging courses, never failing to impress her teachers by going above and beyond the previously accepted standards.

“Emma shows us what true learning is all about…thoughtful questioning, focused participation in class, and keen insight in her compositions,” said English teacher Catherine Cooper.

Outside of the classroom, Ford demonstrates strong leadership in various clubs and activities, with her focus on English and languages.

“I know Emma as the president of NEHS (National English Honor Society). She is an ideal leader who inspires and engages others with her own work ethic and passion for literally anything she takes on,” said NEHS sponsor and English teacher Mary Mordica.

Ford showcases her talents in the writing realm with her position as Editor-in-Chief of the Eagles’ Eyrie newspaper.

Ford enthusiastically helps others on the newspaper work to achieve the same levels of excellence. Her dedication is apparent through the countless hours before and after school she allocates to bettering the operation as a whole.

“Emma is about as perfect a person and student as I’ve met. She is a brilliant writer and a deep and compassionate thinker. She loves helping others achieve at a high level,” said newspaper adviser and English department chair Chip Carter.

Additionally, Ford is president of the French club, on the Godwin swim team, and an officer of the Circle of Friends club.

As a part of Circle of Friends, she assists with the Richmond Down Syndrome Association and participates in a walk to support the organization in October.

Her talents are evident off campus as well. She is politically active by working on election campaigns, reminding people to vote, and participating in rallies across the area.

Ford donates a large amount of her personal time outside of school to teach swim lessons at the Tuckahoe YMCA. She also has a passion for theater and has been an active member of the HAT Theater since she was five years old.

Ford’s compassion towards others appears not only at Godwin but also in the community. Every year since she was in fifth grade, Ford travels back to her elementary school, Pemberton, to assist her former teachers in setting up their classrooms.

In addition to participating in several extracurricular activities, Ford maintains a nearly perfect academic record and is one of the top 25 seniors in class ranking.

Being a student with impressive high school achievements, Ford hopes for a successful college career as well.

She hopes to major in English and business and/or marketing at William and Mary. She would also like to continue journalism by writing for the college’s newspaper.

Ford has a passion for writing fiction is currently working on writing stories, possibly wanting to publish a book in the future according to her mother Corky Ford.

Upon hearing the news that Emma Ford was selected as this year’s MVE, Corky Ford was moved by the fact that the other students nominated her daughter and that they believed she was deserving of this award before she was selected by teachers.

“It was so touching knowing it was her peers voting,” said Corky Ford.

Ford’s family has always known and appreciated her commitment, ambition, and compassion. They are filled with pride to know that these traits are not only acknowledged by the family, but by the entire Godwin community.

“It is so nice to know that her teachers and peers recognize her dedication as well as we do,” said Corky Ford. 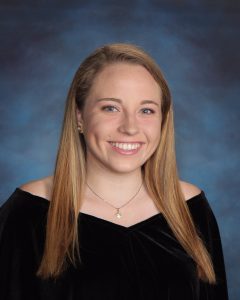 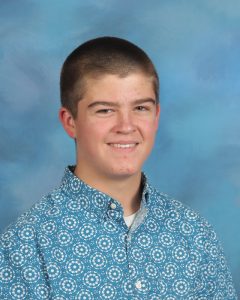 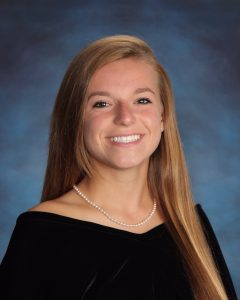 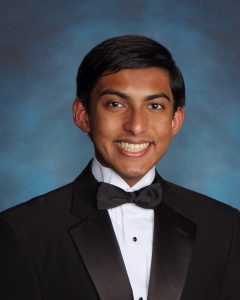