Golf swings towards a hole-in-one season 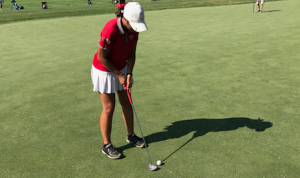 Coach quote: “Losing a lot of seniors hurts any team, but we have some strong underclassman and should be able to compete with anyone.”

Football is ready to tackle the new season 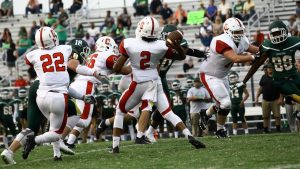 Coach quote: “My expectation for the team would be a winning season.”

Player quote: “I expect the team to be better than in previous years because the coaching staff is pushing us harder than before. I want this team to be known as the team that gave everything on the field every single play.” – senior Traneil Moody 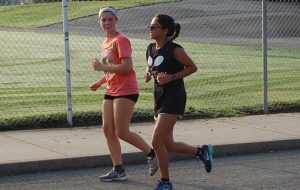 photo Julia Grossman
Sophomore Destiny Schiess and junior Akankshya Jena train for the season during practice over the summer.

“We have a big group of young talent, and we are guided by our seniors/leaders. I think they will surprise some people this season.”

Player quote: “We have been working hard at practice and hope to have a good year. I am excited for meets and regionals.” – junior Michael Haddad

Coach quote: “There is a little inexperience in some of our biggest positions, so we will have a slow start but will finish strong.”

Player quote: “I think we have a good team with some real talent. If we work hard together, I think we can accomplish a lot.” – sophomore James Lesniak

Girls volleyball serves up the competition 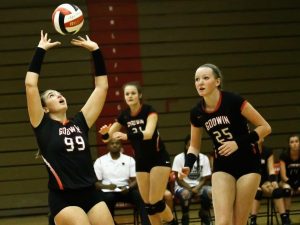 Coach quote: “Our team overall is a very young team. Even though we lost a handful of seniors from last year’s team, we return a bunch of youth that will help us not just this year but for years to come. They have gained experience from being around last year’s team, and I am confident they will be able to step up this year.”

Player quote: “We lost six important seniors. However, our defense is very strong, and our offense is big and getting better. We lost our first game to Hanover, but we came back and won our second to James River. We came together as a team in the second game, and if we continue to play that way, we should have a successful season.” – senior Kathryn Chamberlin

Field hockey is ready to stick it to the opponent 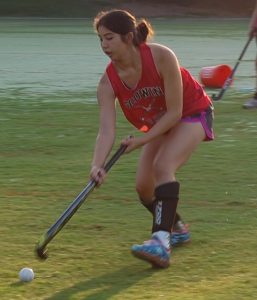 Coach quote: “I expect them to play their hardest 60 minutes every game. We have learned a lot from last season, and this season we are focused on being a first and second half team. We have worked a lot on our mental game, and I think that has paid off so far. I am excited to watch the girls have a successful season this year.”

Player quote: “We are off to a great start with the first few games. I’m looking forward to a great end to the season.” – senior Jessica McWalters