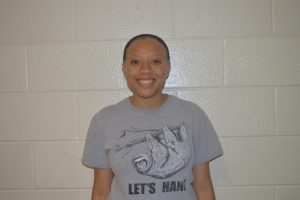 When I was little, I thought my race was yellow. It made sense in my six-year-old mind.

When my mom said, “No honey, you’re black”, I looked at my skin, shook my head, and said, “That’s not black though. It’s yellow”.

My mom laughed and explained to me that being black means you can be a variety of colors. I just happened to come out lighter, or “yellow” as I kept insisting.

As I grew older, I recognized that my race was not yellow. I’m light-skinned.

As I started to come into a full understanding of myself and my skin color, I began to notice a certain privilege that came with it.

As a little girl, I was praised for my light skin, while my friends with darker skin were put down for their skin color. I heard remarks from people shunning the idea of dark skin.

“Come inside, baby. We don’t want that pretty skin getting darker now.” “I don’t really like dark-skins. They’re just not attractive to me.” “I think that light-skin girls are just better, you know. They have better hair, they’re smarter. The whole nine.”  “I thought cute dark skin girls with long hair was a myth.”

What shocked me most about these comments was the fact that they were coming from people of the same race, not different ones.

I didn’t understand why people were shunning others who looked just like them. When I asked my mom about the remarks she said sadly, “That’s called colorism, baby.”

Colorism is a form of prejudice or discrimination in which people are treated differently based on the social meanings attached to skin color.

Often times, it takes place in one’s own race. Colorism in the United States dates back to the time of slavery. As a result of sexual assault by white slave masters, the masters were often partial to the lighter slaves because they were often family members.

Due to the one drop rule, the lighter offspring were considered black and worked as slaves, despite their European ancestry.

However, the slave masters gave them more privileges because they were thought of as smarter and more capable.

Sadly, this mentality stayed in place for black and whites after slavery ended. Lighter skinned blacks were often first in consideration for schools and jobs, unlike their darker counterparts.

These mindsets still exist today, despite the calls to end such prejudiced ways of thinking.

Today, socially, light-skinned blacks have it easier in America than their darker brethren.

Studies have shown that having light skin today has a range of privileges such as better housing and marriage opportunities.

Colorism affects not only the superficial points of life, but the deeper parts as well.

People with darker skin are told by the media, their friends, their peers, and even their family members that dark skin is “just not attractive”.

In the documentary Dark Girls, a girl described a time when her mother described her as beautiful, highlighting features such as her eyelashes, cheekbones, and lips. Then she added, “Could you imagine if she had any lightness in her skin at all? She’d be gorgeous.”

Even an old children’s rhyme puts down dark skin, saying, “If you’re black stay back; if your brown stick around; if you’re yellow, you’re mellow; if you’re white, you’re alright”.

This leads to insecurity, anxiety, and depression due to all the stigmas that are labeled on dark skin.

People with dark skin are often times ridiculed for their dark skin so much that they start to want a lighter skin tone just to feel better about themselves.

“When I was five years old, I used to pray to have light skin”, said actress Keke Palmer. “I would always hear how pretty that little light skin girl was or I was pretty [for someone who was] ‘dark skinned’”.

Actress Lupita N’yongo prayed for light skin at night just before she went to bed. “The morning would come and I would be so excited about seeing my new skin that I would refuse to look down at myself until I was in front of the mirror because I wanted to see my fair face first”, said N’yongo.

Today, colorism is not discussed as much as it should be.  When told about their privilege, light-skinned blacks often deny it saying, “ME? PRIVELEGED? We all black to the White Man!  We all at a disadvantage!”.

We don’t know what it feels like to be turned down for certain opportunities (jobs, schools, marriage) just because our skin is darker than what is preferred. Skin bleaching creams are not forced on us as much as they are on people with darker skin tones just to look “pretty”.

As a light-skinned black person in America, I hold a certain privilege that dark-skinned people just don’t have.

Sure, I’ve experienced racism, but not to the extent that darker blacks have. Dark skinned people have to deal with people making fun of their skin tone and other noticeable black features, and it’s swept under the rug.

They have to deal with people not thinking they’re smart enough. Talented enough. Pretty enough. Handsome enough. Good enough. Their struggles are ignored, and I don’t think they should be. I think we should have the colorism conversation, no matter how uncomfortable it gets.

Then, we can try to remedy such poisonous ways of seeing people and of shunning people of your own race because they’ve got more melanin. It’s wrong, it’s hurtful, and most of all, it’s damaging.