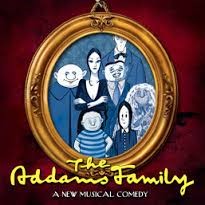 On May 4, 5, and 6, “The Addams Family” opened its mansion doors to Godwin audiences.

“The largest and most enthusiastic audience was on Friday as there were nearly 500 folks in attendance that evening,” said Clatterbuck. “While we would like to have a much larger audience at every performance, we do appreciate those who do support theater at GHS and attended the show.”

With over 2,000 dollars raised, senior actor Logan Brocklehurst said the school plans to use the money for funding the theater department.

“As many people know, the drama department took a big hit these past few years and we lost all of the drama classes, but with the help of our new director, we are beginning to build the department up again,” said Brocklehurst.

Along with the funding, Clatterbuck said the money will be used to purchase costumes, props, makeup, and set pieces for upcoming productions.

“I think ‘The Addams Family’ turned out to be the perfect musical for our students this year.  It offered challenging roles and music with a very creative and interesting story,” said Clatterbuck.

“I truly don’t think people understand the feeling of taking your final bow on stage as a senior until you do it yourself. There is nothing as bittersweet as that moment. As a senior, I couldn’t have asked for a better show. Because of this production, I know the Godwin Theater Department is in good hands these next couple of years,” said Brocklehurst.

Regarding the senior actors, Clatterbuck said, “They were all amazing in their roles both on and off the stage.  They have definitely set the bar high for future productions.”