“We are family, Get up everybody and sing”- by Sports Editor Dalia Jimenez

Family members often share many characteristics, including hair color, facial features, or a similar sense of humor. These students happen to have a uniform in common as well. 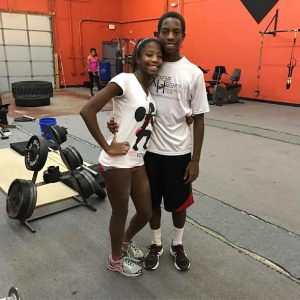 Britton began running in the sixth grade and Braeden began running competitively with her in the eighth grade. Because of their twin connection, they always look to inspire each other on the track.

“It’s fun competing with my sister, and though she has won many championships, she always tells me that I’ll win my own soon,” said Braeden.

During meets, both of these competitive athletes can be seen racing to see each other compete, and during practices they always look out for one another and make sure that they avoid injury.

“We motivate each other, and I try to hold his block during meets so I can encourage him,” said Britton. 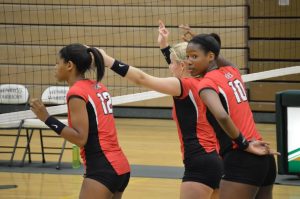 These twins have been playing on the same team since they were five years old. They began playing basketball at the YMCA and played on various teams for 10 years before switching sports.

“When we played basketball together, it was horrible because we were both miserable. Volleyball completely changed the way we play together because it is such a team sport,” said Ayanna.

Ayanna began to lose interest in basketball, and when she made the switch to volleyball, it wasn’t long until her sister joined her. At first, Gabby only joined to stay in shape during the fall season, but she soon grew to love the sport as much as her twin did.

“There are always rivalries between us, but it’s all in good fun,” said Gabby.

Along with their lighthearted rivalries on the court, they are also able to communicate more efficiently with each other because of their experiences that come from not only sharing a team, but a household.

“We get along pretty well on the court even though neither of us really like to take direction from each other. We have a sort of unspoken communication on the court that I will never have with anyone else. We motivate each other every day we step on the court because we want to see each other succeed and get better,” said Ayanna. 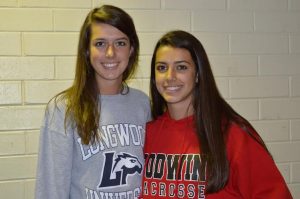 These sisters have been playing on the same basketball team together and have grown athletically since first starting on a recreational league.

“As little kids we played many different sports, but basketball was the one that we both were good at and able to play together. We love basketball and love each other so it is a great combination,” said Stephanie.

Although they do not have any rivalries, they are constantly looking for new ways to push each other and improve on the court.

“We genuinely want each other to succeed, so whenever one of us accomplishes something on the court, the other is already cheering,” said Suzanne. 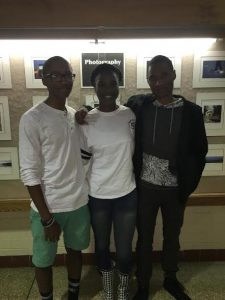 It’s unusual to find three siblings on the same sports team, and it is even more unusual if two of them are twins.

These three siblings, Rebekah Greene, Ryan Greene, and Paul Dearing all actively compete for the track and field team.

“We have run together for four years total throughout middle and high school. We love competing together,” said Dearing.

All three siblings work to support each other during competition and after teasing each other on the track, will always make sure to show love and support towards one another.

“The reason we do track together is a combination of love for each other and love for the sport, ” said Rebekah.

Although there are no competitive rivalries within the family, they always encourage one another to work harder and set personal records.

“We always motivate each other to do better and always cheer for each other at meets,” said Ryan. 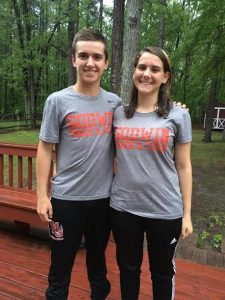 Track is not the only sport that these siblings have participated in together.

While they lived in Chile, Caleb and Chloe played on an Ultimate Frisbee team together along with their other brother and sister.

“We do our best to motivate one another but now and then, as siblings will always do, we can get on each other’s nerves,” said Caleb.

After moving back to the US nine months ago, they wanted to stay active, so they joined the track team.

“It’s fun running on the same team and seeing each other during practice. There’s definitely some competition between the two of us to see who’s the best,” said Chloe.