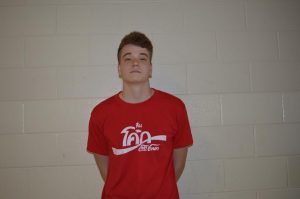 A battle cry of the modern third-wave feminist movement revolves around the concept of a “wage gap,” the idea that women in modern society earn around 20 percent less per year than men.

There are two main issues with this. First is that it confuses, in the public imagination, wages with earnings. When you tell a woman that she earns 80 cents to the dollar, what she thinks is, “I get paid less for doing the same amount of work as a man.”

This is not true as that has been prohibited by law since 1963 under the Equal Pay Act.

The second issue is that it simply doesn’t take into account the different life choices that men and women make. A total earnings comparison doesn’t consider simple biological realities such as pregnancy, life choices, and the different priorities that women have.

For example, women statistically take longer holidays, work shorter hours, and make less money for their firms. None of those choices are negative, women simply tend to want to have more of a balanced life.

Men, by societal programming or simply testosterone and natural competitiveness, are more likely to spend long hours in the office, try to outperform their colleagues, and collapse at the end of the day. Women don’t tend to follow those same priorities.

In fact, a study done by the U.S. Department of Labor (the same department which releases the pay gap statistic) concluded after reviewing over 50 peer-reviewed papers that the pay gap “may be almost entirely the result of individual choices being made by both male and female workers.”

The study also found that when adjusted for these choices, the pay gap is narrowed to about four cents on the dollar.

Some may argue this doesn’t dismiss the issue, that any sort of pay gap is unacceptable, but the reality is, it’s a lot more expensive to be a man.

Men pay more throughout relationships and courtship, paying over 60 percent more for Medicare and other state medical benefit programs despite using these programs less.

If a man is involved in a divorce, he will almost infallibly get the short end of the stick, and child support payments can be astronomical.

Men pay more for college. There are almost no male-only scholarships but tens of thousands of scholarships for women.

Men pay more for insurance across the board.

Feminists, typically, do not want to acknowledge any of this, and instead, laser focus on this flawed statistic and notion that society economically oppresses them.

Why they don’t look into the reasons behind what they’re citing is understandable, as economics is messy and complex, and we all know anyone who went into “Gender Studies” probably didn’t take too many math classes.

It is far simpler to blame everything on men.

In my opinion, there is a perfectly reasonable conservative argument that says men should provide for women, cherish them, and look after them when they have children. We shouldn’t expect women to snap right back into the workforce immediately after having a child. We should allow them to have a healthy and balanced home life.

However, that doesn’t seem to sit well with many of my peers.

The perpetration of the “wage gap” is harmful to feminism. It takes away from the credibility of the feminist movement, and it takes focus away from actual, important feminist issues, such as the continued oppression of women in the Middle East.

Blake Dunson is a senior at Godwin who guest wrote for this issue. Dunson contacted the Eyrie, asking if he could write an opinion piece. We are open to more guest entries, contact us with the information in our staff box.