Everybody has a story to tell. Mine begins in a hospital in Tomsk, Russia. When I was a year old, I was transferred to an orphanage known in Russia as a “baby house”.

The orphanage had too many children, and baby beds were lined up side to side, filling up entire rooms. While it was overcrowded, each child received more than enough attention and love due to numerous volunteers and workers.

Every child had to stay in the orphanage for at least six months before having the opportunity to be adopted by a permanent family. I was one of the lucky ones, adopted as soon as my six months were up.

I was adopted by my family when I was 18 months old, and flew back to America. The American spelling of my name is normally “Christina”, but I was born as “Kristina”, and it stayed that way.

My parents told me I was adopted when I was young, which allowed me to avoid the feeling of betrayal felt by many kids who find out later in life. 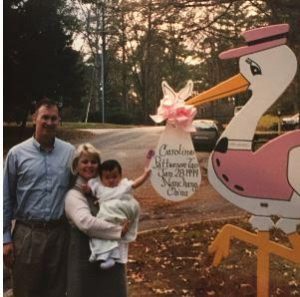 As a child, I competed in pageants, talking about how I was adopted and how it has influenced who I am today. It has taught me to be grateful for everything that is received in life, as many children aren’t as lucky as I am. I hope to adopt internationally and become a music therapist when I grow up in order to help those in similar circumstances as myself.

But I am not the only one who has a story to tell. In the U.S. alone, 261,728 children were internationally adopted in the 2015 fiscal year, and Godwin is home to a handful of adopted students.

Senior Caroline Davis was adopted from Nanchang, China when she was 10 months old. She celebrates a “gotcha day”, where adoption videos are shown to celebrate the day she joined her new family. 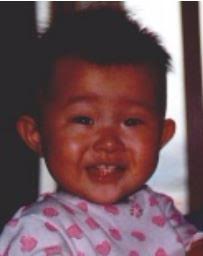 “I am very thankful for everything that adoption has given me,” said Davis.

Davis said she would be open to adopting in the future, despite the tedious process.

Senior Carisa McLaney was also adopted from China before she was a year old.
McLaney said that adoption is a testament to love and kindness because an adult is inviting an unknown child into his or her life and home.

According to McLaney, adoption provides children with another chance at life, and she would be open to adopting from anywhere when she grows up. 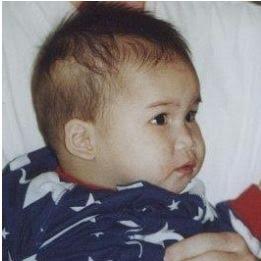 Cropley said that adoption means a second chance and hope for a child. She, too, would be open to adopting when she grows up.

Cropley believes that when children gain a good perspective on life at about four or five years old, they should be able to choose their potential adoptive parents.

“I think that adoption is a good thing to do, as it gives you different opportunities,” said Cropley.

“Love doesn’t always have to come from a biological parent, it can come from anywhere as long as you are cherished,” said Davis.