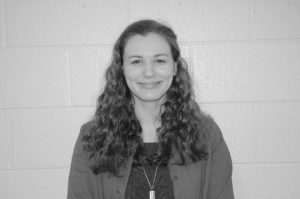 Equal opportunity is one of the most misleading statements in American history because it often camouflages significant issues. Opportunity does not always result in equality.

Beginning in the 1920s, women were confined to gender roles within their occupations. They were given the same opportunity as men to enter the workforce, but the roles in which they were relegated to did not result in equality.

Fast-forward to 2017, women have defied historic gender roles by expanding into sectors of the workforce typically dominated by men, such as math and science, and have attained higher management positions and responsibilities.

However, while women’s opportunity has increased, income disparity perpetuates inequality for working women.

When the wage gap is mentioned in conversation or political debate, the number 80 is often thrown around because according to the Bureau of Labor Statistics, women make, on average, 80 percent of a man’s dollar, creating a 20 percent wage gap.

However, some argue that the wage gap is a skewed statistic due to more women entering lower-paying jobs, such as teaching, causing for the gap to be higher.

In a way, their argument is not wrong. Eighty percent is a skewed statistic. However, reaching a conclusion that the wage gap is a lie in spite of this statistic is too convenient. The wage gap is not a one-statistic problem.

As mentioned, the most common argument used against the wage gap is that women predominantly enter lower-paying jobs out of college. While there may be some truth to this statement, many women do not argue that a female teacher, for example, should receive the same income as a male doctor.

Over 75.4 percent of the educational field is women, 91.1 percent of nurses are female, and 80.8 percent of social workers are women. However, despite these jobs being the top three professions predominantly held by women, statistically males within these professions make more money.

Within the same or similar occupations, some may argue that this disparity is based on salary history and experience. However, many women enter the workforce with the same degree as men but with lower starting salaries.

This reveals the vicious cycle women face in regards to salary.

One of the first questions asked by recruiters during an interview is “How much are you currently earning?”. If a woman enters a job with a slight pay gap, then over time, the gap will increase.

For example, if a company opens up a position for which they will pay a maximum salary of $100 thousand, then a woman candidate making $75,000 will be at a significant disadvantage compared to a male candidate with the same degree making  $90,000 in terms of starting salary should she get the position.

A company would not want to pay the maximum salary of $100 thousand and therefore would offer the woman less.

However, the statistic does not account for whether or not women took time off to start a family. This is one of the more controversial arguments in regards to the pay gap: should a woman who starts a family get paid less since she must take time off to care for her kids?

First, one must clarify that it is not a woman who solely chooses to start a family. Rather, it is a consensual decision made between a woman and her partner. To place the full burden of raising a family on a woman’s shoulder is like shoving her into a box labeled “female gender roles”.

A woman should not be penalized because she had to carry a baby for nine months and then take time off to help the child develop during one of its most important stages of life.  In fact, America has one of the worst maternity and paternity leave systems in the world, according to many surveys ranking family leave worldwide.

However, according to statistics, the wage gap actually affects not only women and their careers, but the labor force as a whole.

A study done in April 2017 found that if the gender wage gap were to be eliminated then women in the U.S. would be able to pay for an additional 15 months of childcare- a problem that often causes women to leave the workforce or work part-time- as well as 78 weeks of food for her family and seven more months of mortgage and utility payments.

To view men as the sole breadwinners of a family or as harder workers than women is a stereotype, plain and simple. Women can be just as ambitious as men in regards to their careers.

According to the same 2017 study, 50 percent of white women, 53 percent of Hispanic women, 81 percent of black women, and 44 percent of Asian women were the primary breadwinners for their families.

This division of race, however, leads to a whole new issue in regards to the gender wage gap. To view the gap as simply a “female vs male” issue disregards the complexity of the gap. The gap does not only discriminate against women but also the subgroups of women.

Although some may argue that white women do make more than many males of different races, all women of all races make significantly less than their male counterparts of the same race.

Here is an opposing view to Ford’s article: http://godwineagles.org/blog/2017/04/28/wage-gap-is-both-reasonable-and-explainable-guest-columnist-blake-dunson/