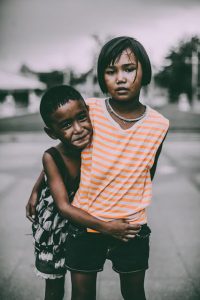 Photo courtesy Aum                        Aum was traveling in Thailand at the time and could not keep from photographing these two girls. He found inspiration in their eyes.

He started taking photos about three years ago when he lived in Thailand. This stemmed from his desire to show the world through his eyes.

About five months ago, Aum moved to the United States and has been taking pictures locally since. He wanted to capture and share unforgettable moments within his life.

He started traveling quite frequently when he dropped out of school and was waiting for approval on his green card to come to the United States. He traveled to Dubai, Hong Kong, Singapore, Malaysia, Korea, and New York, taking pictures as he went. 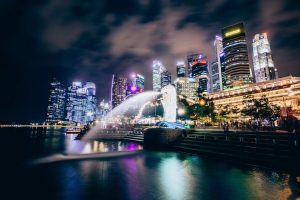 “New York is my favorite place because it has a lot of tall buildings around the city. The subway and all of the architecture is my favorite,” he said.

Aum takes pictures of Godwin students on the regular.  His work offers professional opportunities through companies requesting pictures for their brands.

He has been asked to take pictures for Daniel Wellington watches, Young and Hungry clothing, Prettyboygear clothing, Adidas Thailand for their shoes, Samsung Thailand for the Galaxy S7 edge, and other noteworthy brands. 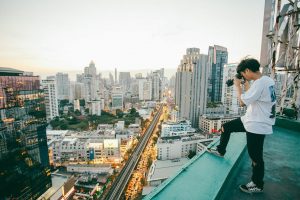 “My inspiration comes from music, movies, cultures, fashion, and the people I encounter. Everything I see and do in my life inspires me each and every day and those ideas can make some great pictures,” said Aum.

After high school, Aum plans to attend college in New York City to perfect his craft and further his career in photography. 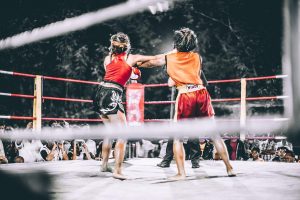 Companies and students contact Aum through various social media platforms including Instagram and Facebook to set up shoots with him, and he sometimes contacts other photographers to collaborate.

He also has an Instagram, @vibesvisual, with almost 200 thousand followers where he posts his art daily. He posts many types of photography on his account and has contact information written in his bio to allow companies and anyone interested in working with him a chance to set up a shoot.