Awards show season is a time where everyone becomes a fashion critic. My favorite part of all the shows is watching the celebrities, in their fancy gowns and perfect makeup, posing for pictures. After reviewing the gowns (and suits) from a few award shows, I decided to make a compilation of a few trends I noticed. Here are a few fashions I pulled from the Golden Globe Awards, the Screen Actors Guild Awards, the Fashion Awards, and the Critics’ Choice Awards.

The ballgown-esque dress was prominent all throughout award show style. The great thing about this style is, as seen above, it can reflect many different styles and personalities. From princess-like to retro to romantic, this cut is not at all limiting. 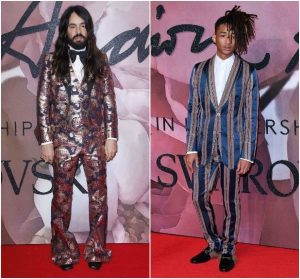 I love this trend! These suits were pictured at the Fashion Awards, so this was more of the start of a trend (at least I’m hoping). Patterned suits really take out the limits for men’s awards show fashion, where most men are usually wearing plain black. It really opens the door for a lot of men to explore suits with pattern, texture, and color. 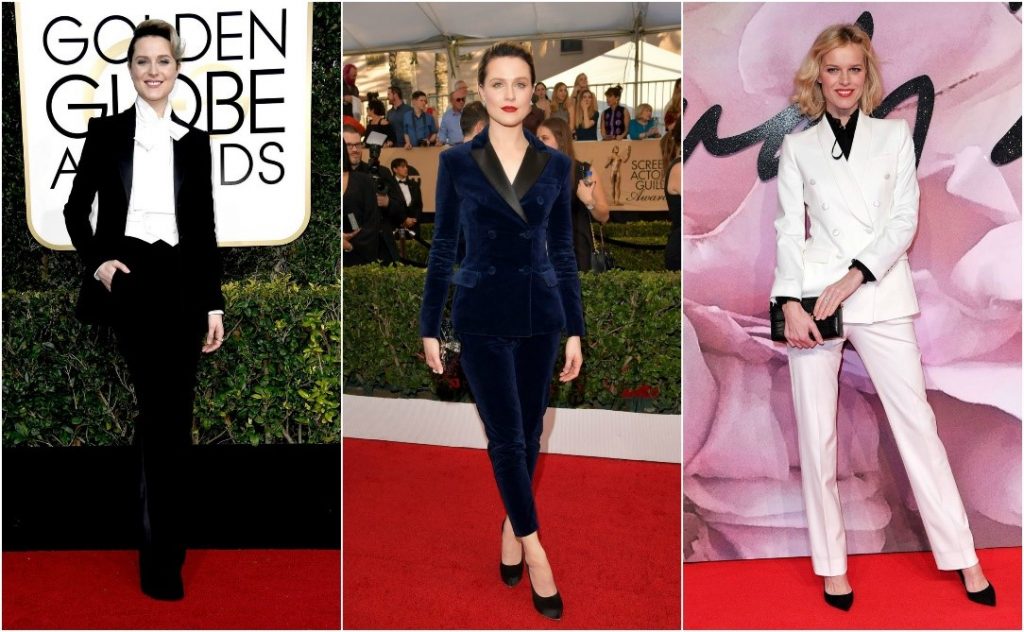 This is another trend, spotted at multiple award shows, that I love! Suits for women are chic and classic, and it gives an instant cool factor to your look, while maintaining both femininity and androgynous styles. All three of these outfits are unique but timeless, and I think this is a trend that should be worn by more!

White is a classic color for award shows, possibly due to the stark contrast of the colored carpets. It compliments all different shapes and skin colors, and the possibilities are endless. One concern with white dresses is the possibility of coming off as a wedding dress, but the styling and cuts of these dresses all come off as sophisticated and clean.

Yellow was a color I was surprised to see so many times at the awards shows. I am usually against yellow dresses, but I love all of these gowns. This is definitely a big color trend coming up, and one that hasn’t been very prevalent in recent years. 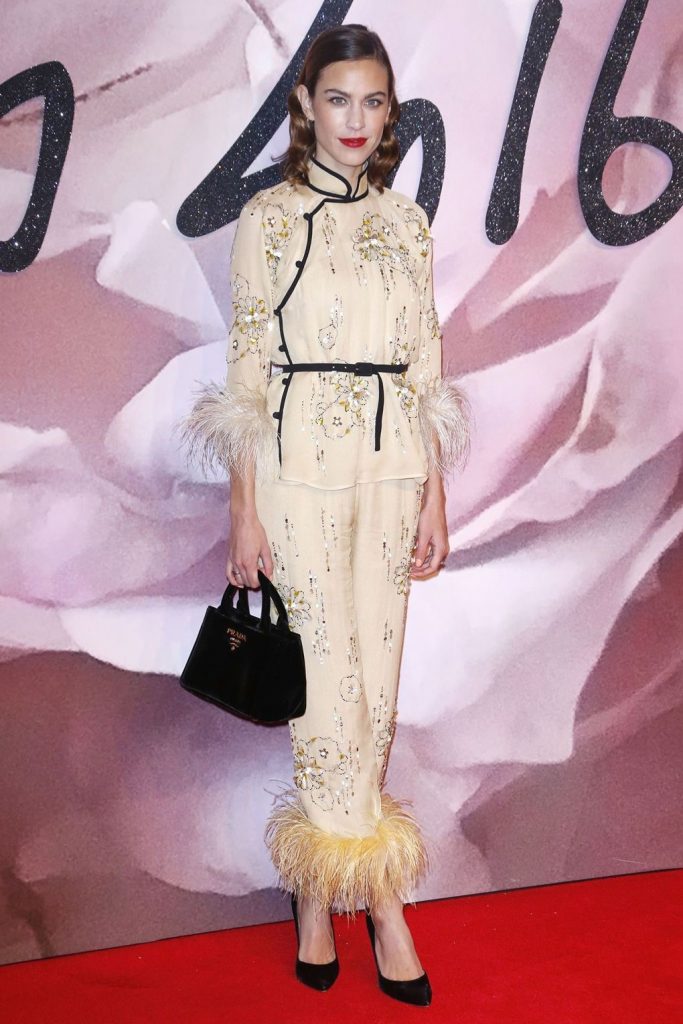 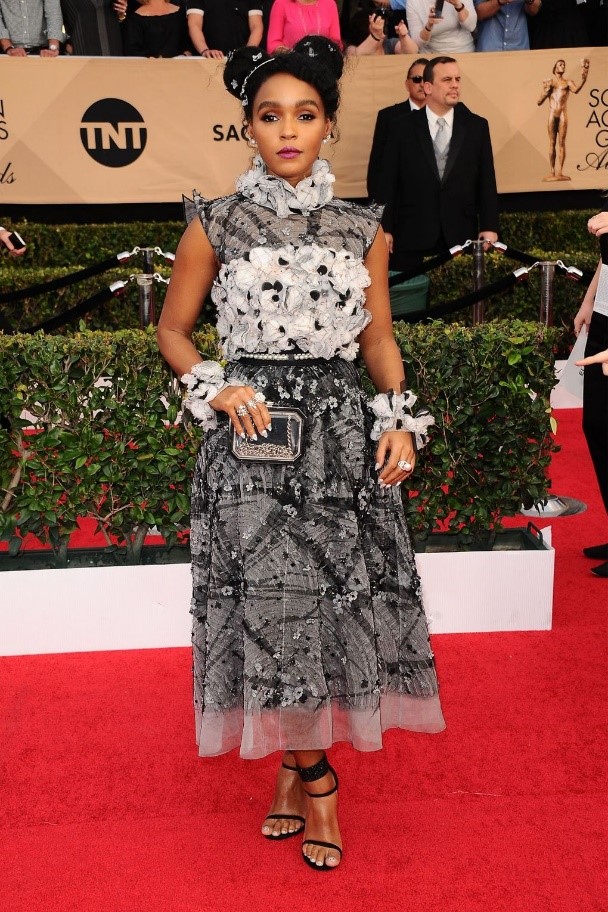 Janelle Monae has looked beautiful at every single red carpet appearance from this past year, but this look stood out to me. It is so different from anything anyone else is wearing, and she looks stunning. It is complex but not too crazy, and she somehow manages to pull off space buns, a big collar, and wrist bands. Love it! 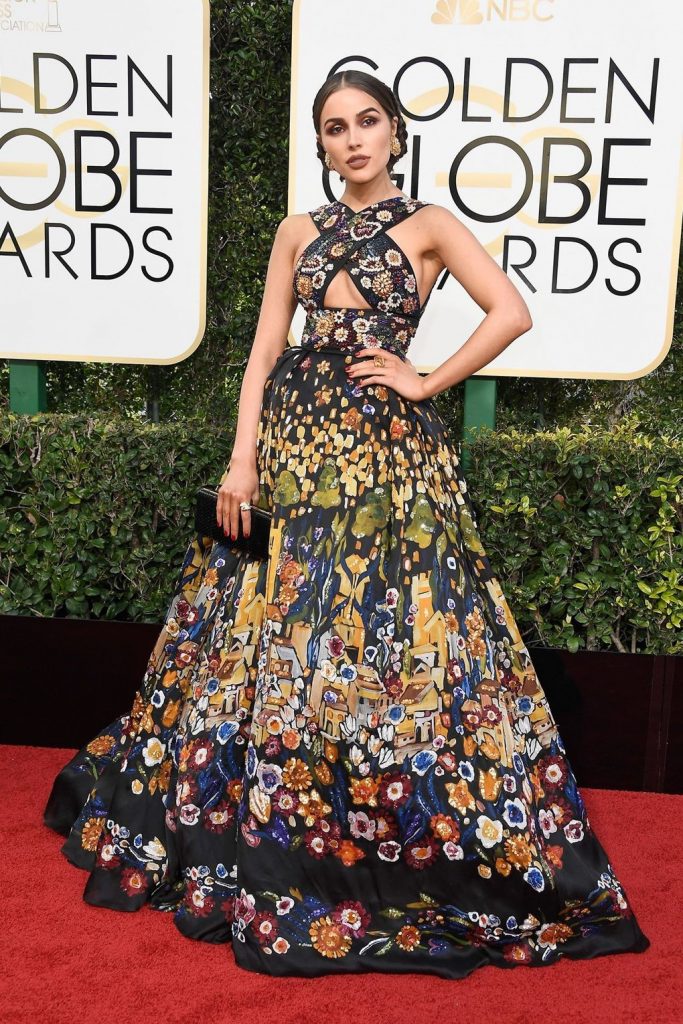 This outfit was previously shown in the “Ballgown” collage, but this may be my favorite dress I’ve ever seen on a red carpet! The pattern is hectic, but in an artistic way, and that pairs very well with the cut of the dress which is rather simplistic. In addition, the sleek hair and nude/dark makeup draws your attention to the dress, which is beautifully made.