Stevens has been head coach of the boys varsity soccer team for five years and assistant coach for three years. He officially resigned from his coaching position effective last November. 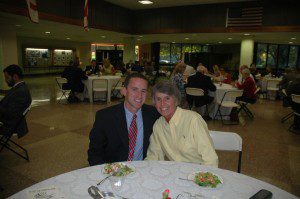 As a Godwin alum and former soccer team member, Stevens’ passion for the school and its athletic program led him to the coaching position in 2009.

During his time as assistant coach, the team placed as State Runner-Up in 2009 and State Quarterfinalist in 2011. They were undefeated in Godwin Axselle Stadium in 2009 and 2011.

For each of his five seasons as head coach, the team ranked Top 25 in the nation, ranking first during both 2012 and 2013. The team currently has a 58 game unbeaten streak at Axselle Stadium.

“As a former student and player, having the opportunity to come back and win the state championship as a coach, with my brother on the sidelines as my assistant, is definitely a feeling that I will never forget and will always cherish,” said Stevens.

The decision to leave Godwin was difficult and emotional for Stevens.

“Unfortunately, it simply was a necessary decision for me to make at this time in my life. I am presently not in a position where I can devote the amount of time that I believe is necessary to be head coach,” said Stevens.

According to Director of Student Activities Tom Nadeau, Godwin is still in the process of finding a new coach for the boys soccer team because of a delay requiring clarification on new hiring practices for head coaches. 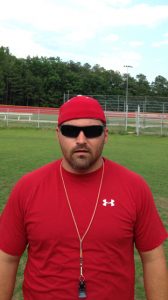 Stevens has confidence in the program under new leadership. He hopes that they will play with the same passion, determination, and teamwork as prior seasons.

Godwin also lost McPherson, who resigned after coaching the team from 2014 to 2016.  A new coach will be found for the 2017 season.

McPherson resigned because he did not have enough time to commit to coaching while working at Capital One for his day job.

The new football coach will be Godwin’s fourth in seven years.

The coaching positions for football and soccer have been posted but not yet filled.