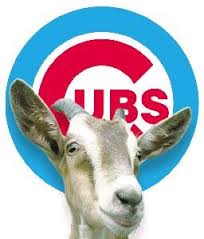 The Curse of the Billy Goat  is probably one of the most well known in the sports world, particularly because it has just been “broken”. The curse dates back to 1945 when Billy Goat Tavern owner William Sianis decided it would be a good idea to bring his pet goat, Murphy, to game four of the World Series.

Because of the particular odor Murphy carried, fans began to complain, and Sianis and Murphy were asked to leave Wrigley Field. Sianis was very upset and allegedly said, “Them Cubs, they ain’t gonna win no more.” Sianis wrote a telegram to then team owner Philip K. Wrigley and told him they were going to lose the World Series and would never win one again.

Is it true? For 71 years people thought so. Since 1945, Cubs fans have tried everything to break the curse – bringing goats to Wrigley Field, priests spraying holy water in the dugout, and founding an organization, Reverse the Curse, which brought dairy goats to impoverished children in third world countries.

Sinias himself tried to break the curse when he brought a goat to Wrigley Field in 1970 but to no avail. It wasn’t until this year’s World Series the “curse” was broken when the Cubs beat the Cleveland Indians in game five on the 46th anniversary of Sinias’s death. 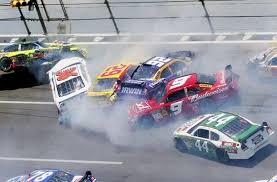 The Talladega Speedway holds the fastest recorded time by a NASCAR vehicle on a closed oval course of 216.309 mph. However, Talladega is not just known for its speed.

In the 1973 Talladega 500, NASCAR Rookie of the Year, Larry Smith, died of extensive head injuries in a solo crash that was not expected to be fatal. Later in the race, Bobby Isaac parked his car and announced to the spectators he was quitting the race, and his career.

When questioned about his motives, Isaac claimed he heard a voice telling him to stop. Isaac later returned to racing in 1974 only to die in 1977 from a heart attack caused by heat exhaustion after a race.

Smith and Isaac were not the only people to fall or witness strange occurrences. In 1974, a crewman lost part of his leg after a freak accident in the pit between two cars, and a few months later in the Talladega 500, a majority of the qualifying drivers found their cars had been mechanically and intricately sabotaged the night before the 500. Most of the damage was repaired before the race, but the culprit was never found.

In the 1975 Winston 500, an air tank exploded in the pits injuring several people and killing the brother-in-law of Richard “The King” Petty.

Finally, in 1996, Automobile Racing Club of America President Bob Loga died in a traffic accident in the parking lot.

Looking at the amount of deaths that have occurred, it is understandable why many believe in this jinx. Many people believe Talladega was built on Native American burial grounds, while others believe Natives were kicked out of the area where the track is built, causing a shaman to cast a curse on the valley.

So is it true? Maybe. Am I going to go find out for myself? Not a chance. 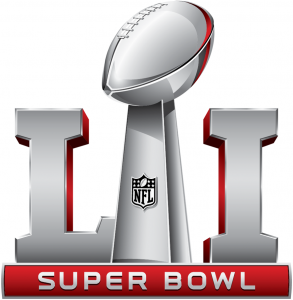 One of the best known curses/legends is the curse of the Super Bowl. Within this superstition, three things are included: Super Bowl participating teams have lower than expected performances the following year, the winning team normally doesn’t repeat as Super Bowl Champions, and host teams of the Super Bowl do not play the game on their own home fields.

“The Super Bowl Hangover”  has been used since at least 1992 to explain why most Super Bowl Champions rarely come back to the game the following year.

Only a handful of teams have “broken” the curse including the San Francisco 49ers, the Dallas Cowboys, the Denver Broncos, and the New England Patriots.

Is it true? As the most widely accepted curse in the sports industry, it is arguable this phenomenon is true, and team records seem to support the statement. Is this curse going to stop teams from performing well after winning a Super Bowl title? Definitely not, but has it proven accurate a majority of the time? Yes.