Player quote: “All in all a great season. Thought that we would pull out a win at champs but our opponent Freeman took the trophy this year. Hope to see swimming in Henrico as a VHSL sport within the next few years” –Tim Houghton

Coach quote: “The second season for the club season was a success in many ways. The number of swimmers increased significantly, the competition was stronger, and it appeared the athletes had a good time” –Coach Cayce 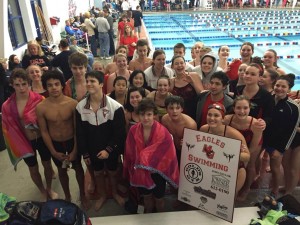 Swim team at their last meet of the year